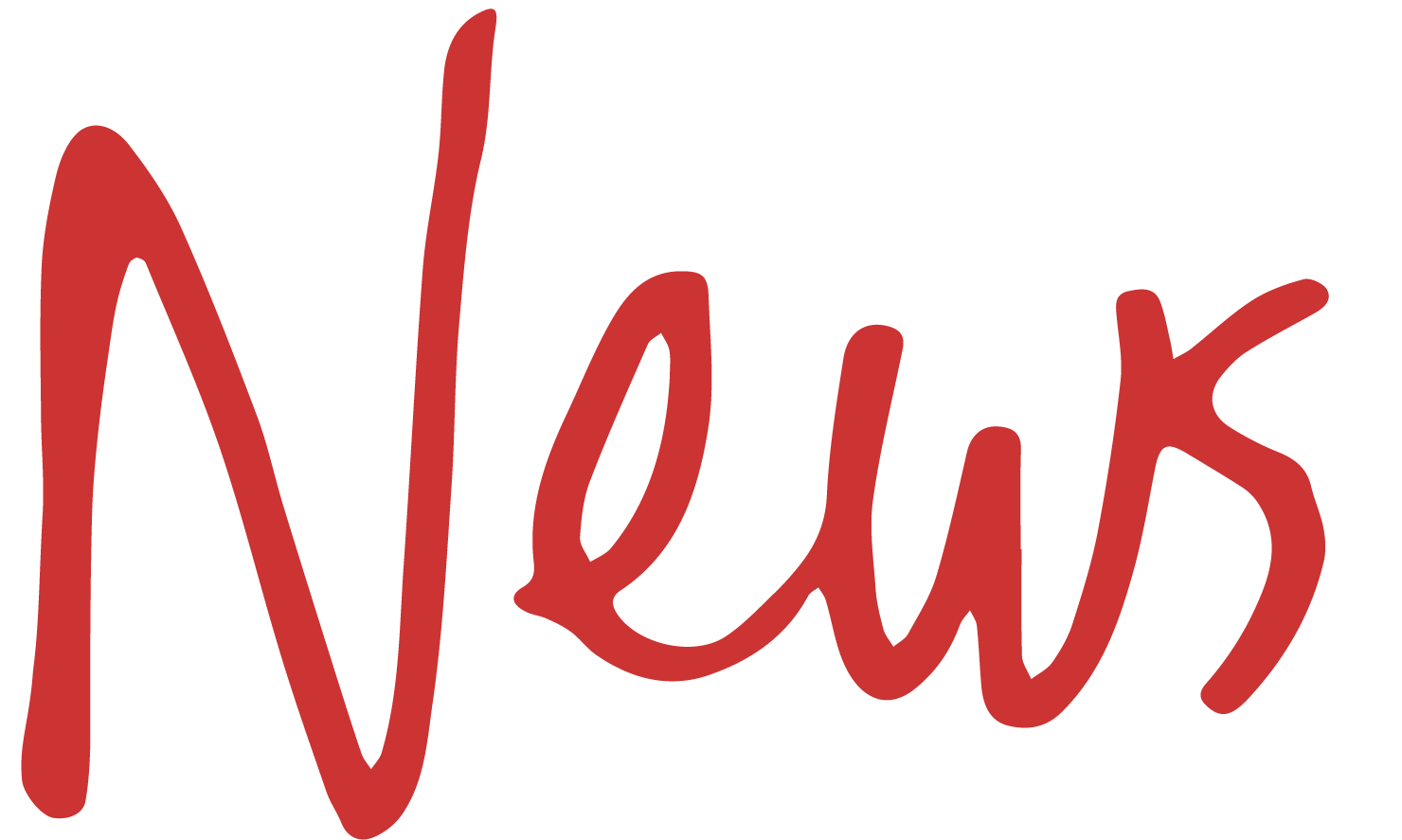 Busting to Tour
Published on 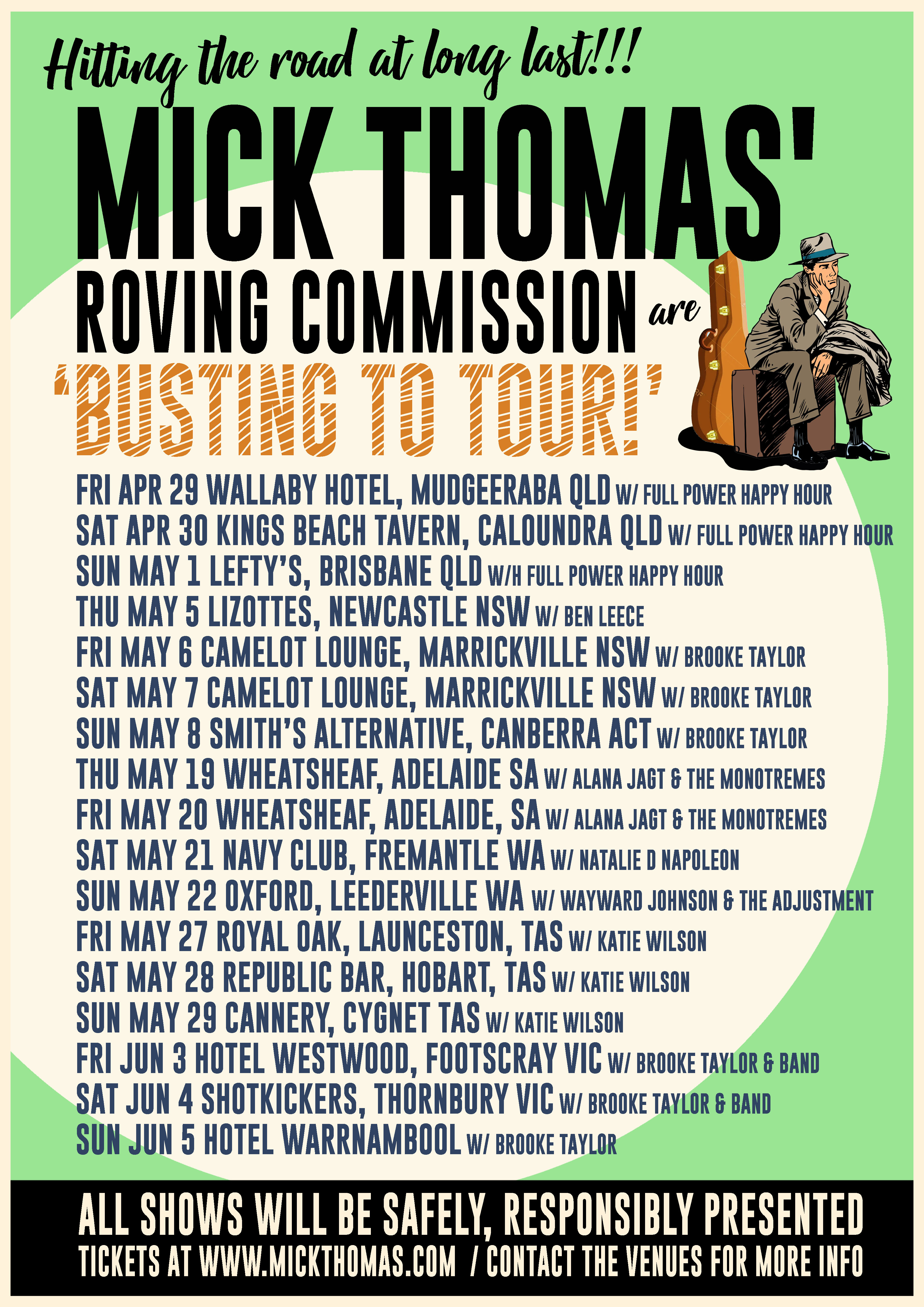 Busting to Tour indeed. Out and About must've been the stupidest 'testing fate' name for a tour in the history of the whole pandemic. And didn't it just come back to bite us all on our collective arses? But this one is a whole lot better and the band is playing like a band that is happy to be on the road after so long in dry dock. And the new Brooke - Taylor that is - is going great guns. Maybe good things come to those who wait. Or to those who are busting!

The Roving Commission: From one Brooke to another.
Published on

It’s been a trying eighteen months here in Melbourne and Brooke Russell has just felt things generally heading in a different direction for her. She let us know a few weeks back saying she was happy to stay for as long as we needed but was really definite she needs to concentrate on her solo career as well as her music teaching work. We wish her well and know that had it not been for the lengthy lockdowns of 2020 we would’ve clocked up a hell of a lot more quality gigs than the (nearly) forty we did together. She got to play on three albums (Bipolar Request, See You On The Other Side, City’s Calling Me) and appear in a couple of film clips (I Heard Sally Singing and Keeping All the Cannons Clean) as well as a live stream from the Memo (and she even got to hang out on Zoom with P.P. Arnold, Tim Rogers and Brian Nankervis!). She has stressed she is still happy to help us out and will be subbing on a few shows in the not too distant future.

And so the new gal in the group is another Brooke - this time Brooke Taylor. I’ve known Brooke T for ages having worked in the studio with her about fifteen years back. Recently she released a cracking solo album and she has also been part of Craig Johnston’s Delsinki band as well as the Keep the Circle Unbroken touring ensemble. She is as keen as we are to get out and get some gigs under her belt and so hopefully (pandemic permitting) we can get a good thirty or forty ticked off by the year’s end. Every interstate trip is going to be touch and go but we are all grateful to be playing anywhere and just can’t wait to get the new line up established.

Beyond that it’s the familiar faces of Dave Folley, Squeezebox Wally, and Ben Franz (who is driving over from Perth as I write). Jen Anderson will be sitting in on various tour dates as her schedule permits and occasionally Zane Lindt will sub when Ben is busy with the Waifs. That's it - we always said this band was going to be like the Grandfather's Axe and so it continues. As with every lineup this may just be 'the one'.

New film clip will be premiering this week. Stay posted for that and any tour news we can bring you. 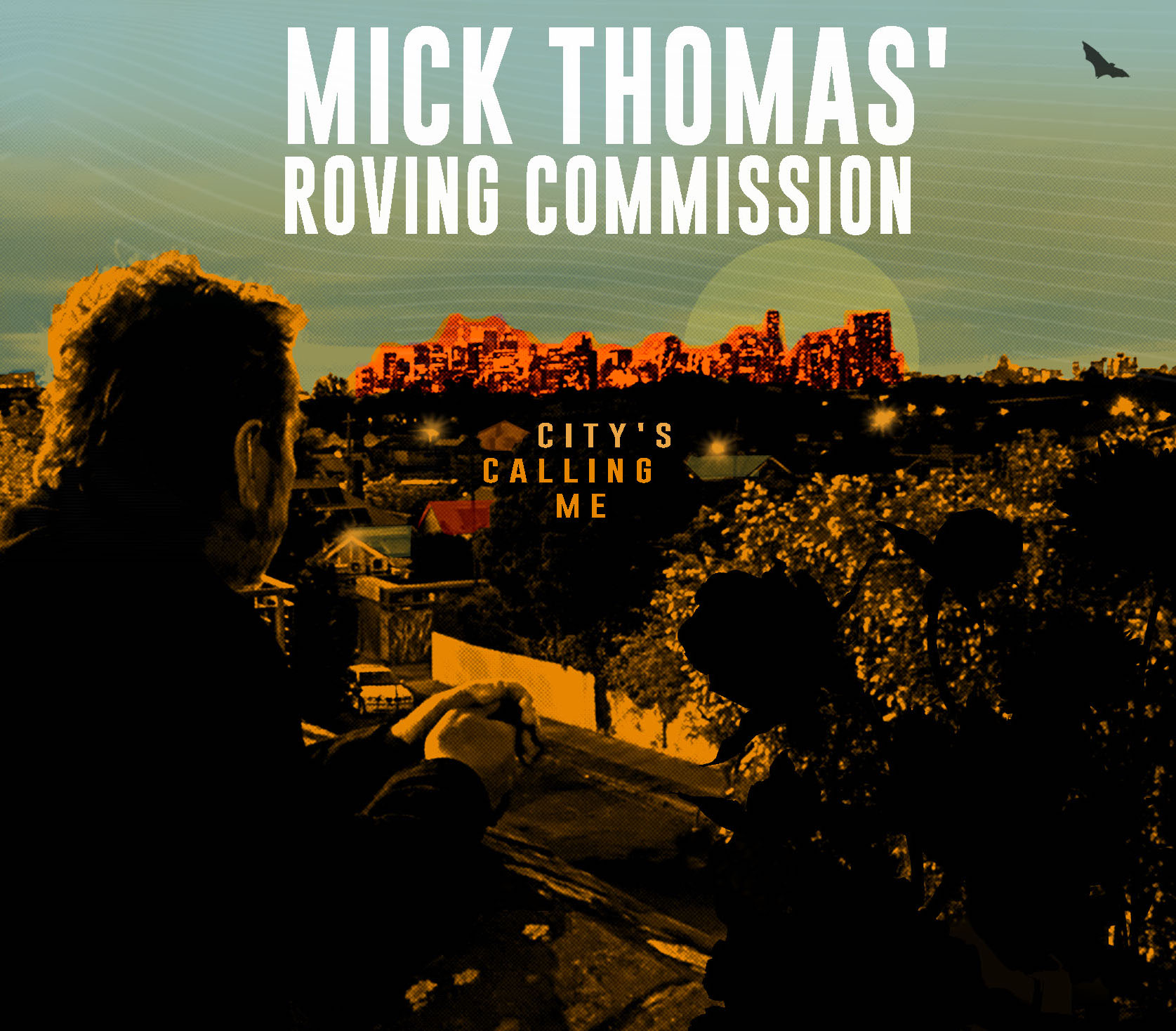 This is the second album we recorded while Melbourne was in lockdown mode last year. It started off as a simple covers record, but with nothing else to do it grew into so much more. Initially the brief was to have a bunch of songs that were within the five kilometre from home restriction zone. Before long I had quite a few songs from writers that hadn’t been released and there was any amount of my own back catalogue that seemed relevant. The weekend the grand final would have been played in Melbourne I was feeling so flat that it just seemed natural to want to sing a slow reflective version of Under the Clocks. The other great thing that happened during the recording was Jen Anderson coming on board and doing some amazing string arrangements. On Marcel Borrack’s Regent to Ruthven she really shone and this is my personal favourite for sure. I don’t think I would have ever recorded a song like this with such an arrangement had I been in a normal studio environment so I guess there’s something good to come out of a shitty situation. The Brian Nankervis read of Barry Humphries’ Suburbs in Between is also a fave of mine (let’s face it - you love them all or you shouldn’t bother in the first place). It’s a cracker and well worth holding up the release of the album for in my opinion. The first single off it is the Charles Jenkins song Keeping All the Cannons Clean. It features the full current line-up of the band plus Jac Tonks and Nick O’Mara so plenty going on. Every single track recorded in isolation. All mixed and mastered by Craig Pilkington in his shed. When the going get’s tough, the tough go out the back to record.

Keeping All the Cannons Clean is the first single from City’s Calling Me and the brand spanking, cranking new video was Filmed and directed by Leigh Mackenzie in March this year. The whole shebang was done on location down at the Northcote cannons and I think it looks rather splendid. The band all kitted out in Salvo uniforms is a nice touch I think and Wally felt particularly touched by this as his Mum used to play accordion with the Salvos very regularly. We have been working on another animated one for Captain Collingwood and that is a beaut as well. Stay tuned folks.  Click on the Youtube link at the side of the page which will take you to our own page which is looking pretty good these days - maybe even subscribe if you feel like it.

We've got a full national tour in July and the dates are all up on the 'Shows' page. It is with a fair amount of trepidation we program these dates as airfares need to be purchased in advance and at present with Bluesfest and some cancellations from private shows in WA last year I am holding nearly $8,000 in unused tickets that won’t last forever. Anyway there are a lot of beaut familiar venues in there with the requisite couple of newies and it will be so nice to get around and see all the old faces. It’s been way too long.

This is a project I began working on during lockdown #2. Best described as Vandemonian Lags part 3 it’s a series of short films - about five or six minutes each - commissioned by Roar Film, the company my brother Steve runs with his partner Kath. They are all centred around songs I have been writing in conjunction with Ben Salter and Clio Renner. As a general theme the films/songs are concerned with politicised transportation - convicts that were sent to Australia for crimes of a political nature - and also on the myriad examples if insurrection that subsequently took place. There’s to be a website and hopefully a full album soon enough. At this stage we are up to about seven songs. Ben Salter’s complete re-write mash up of The Catalpa is a thing to behold. Clio has done a remarkable construction of a poem published by an Irish woman who wrote under the name Eva of the Nation. The one brief we were given musically is for it not to sound too folky or traditional as they wanted something that wouldn’t sound totally foreign to modern day school kids. Consequently we have programmed the whole thing which has been a bit of a revelation for me. I’d go as far as to say that we have become the leading practitioners of historical based low-fi electronica in the country.

We are chuffed to be have been asked to record a Little Murders song for a European label that is putting a tribute record together. Little Murders is a Melbourne band that began back in the 80s. Initially they were at the vanguard of the mod scene that was big in Australia at the time (I actually auditioned for them as a bass player but didn’t get the gig!). Rob Griffiths has kept the band going through the years and found strong pockets of support in far flung places like Japan, Spain and Germany. Our contribution to the record is a version of an early tune What’s the Matter With Mary. We also recorded a much later one called Andy Warhol Retrospective which I’m sure will appear somewhere sooner or later. Michael Barclay was the drummer in the band for some years and Craig Pilkington tends to record most of their stuff so there is a pretty strong connection there. Rob has always written great catchy pop songs and it is a complete honour to bepart of this.